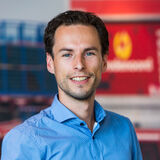 The many applications of energy storage in batteries

Energy storage in batteries plays an important role in the energy transition. Storing clean energy in batteries allows us to provide quiet and emission free energy in areas with insufficient grid access or for clients who would like to work as sustainably as possible. Taking an important step in this energy transition, Bredenoord was among the first parties to develop a commercially usable energy storage system. The latest development in this field is the Battery Box.

The main benefits of this battery system are in the area of reduction (of CO₂, NOx, particulate matter, noise) and in temporarily assisting during peak demand. The exact benefits depend on the application of the system and the energy source used to charge it. In this article you will learn more about the various ways in which the Battery Box can be used and which reductions you can achieve with it. We will also discuss the possibilities for various industries.

The most common solution chosen for energy demands in areas without grid access is a genset. However, the Battery Box is also very suitable for projects with an energy demand that can be properly estimated in advance. This is particularly interesting for locations subject to strict regulations concerning emission or noise pollution. In case of a larger power demand it’s also possible to combine multiple Battery Boxes. A total power of multiple mWs can be realized by combining Battery Boxes, which can, for example, be interesting for large festivals and construction sites.

Energy storage as part of a hybrid energy solution

Energy storage systems are ideal for use in hybrid energy solutions. These energy solutions are an important step in speeding up the energy transition. Connecting a Battery Box to an extender, such as a genset (running on (bio)diesel or hydrogen), wind energy or solar power, results in a significant reduction in emissions and fuel usage. In addition this setup allows you to operate fully autonomously.

Energy storage and a genset

In many situations the user profile is fluctuating. The choice of a genset is generally based on the absolute maximum energy demand the project could possible require at any point. As a result the genset will largely be running at a lower power, which means it isn’t used efficiently. Combining a genset with the Battery Box changes this. In such a hybrid combination the Battery Box serves as the primary power source. When the Battery Box is empty the genset will automatically start up to charge it again, during which the genset is running optimally. This not only results in a large reduction in emissions and fuel usage but also often means a smaller genset can be used. This genset only runs while charging the Battery Box and is otherwise silent.

Energy storage and the grid: peakshaving

Handling peaks in energy demand is called peakshaving. This application is often seen in construction or at events, where certain machines or a stage occasionally require a lot more power than the grid can provide at that moment. During such moments an energy storage system such as the Battery Box can come to the rescue and provide additional power. The Battery Box itself is continuously recharged by the grid. In situations with no grid connection present on location yet, the Battery Box can make the difference between requiring a smaller connection or a larger, more expensive connection.

More and more often both private individuals and businesses choose to have solar panels installed in order to become energy neutral or work independent from the grid. The amount of solar fields increases as well. There are many benefits to solar energy, such as its lack of emission or noise, but also an important disadvantage: it is only generated when the sun is shining. To compensate the fluctuations in solar energy generation a solar installation can be combined with an energy storage system. This also applies to Bredenoord’s Mobile Solar Plant and the SunBox. The solar panels function as the primary energy source and charge the Battery Box. This stored energy can be used when the sun isn’t shining. This effect can be applied at a large scale by using the Battery Box at solar fields.

Another interesting application involving solar energy and energy storage systems is powering CCTV and lighting, for example at construction sites. These applications require a relatively low amount of power. Solar panels are of no use at night, but they can charge an energy storage system during the day, which can then silently deliver its power at night.

It is customary for owners of solar panels to deliver excess solar energy to the grid. The energy delivered is compensated with the energy taken from the grid, resulting in a lower energy bill. Instead of directly delivering excesses to the grid it’s also possible to store these in a battery. This energy can then be used at any other moment of choice. In addition it’s possible to choose to feed excess energy to the grid when the energy prices are higher than they were when this energy was generated, since the grid’s prices vary.

Grid operators strive to maintain a stable network. Since energy generation and consumption don’t always occur simultaneously the grid can become unstable. This can be caused by the increase of new energy sources connected to the grid, such as solar panels or windmills. As a result, maintaining grid stability is becoming increasingly complicated. An indicator of a disbalance is the frequency, which is around 50 Hz in Europe. If the frequency deviates from this value due to an excess or deficiency of energy the grid is at risk of growing unstable. Adding additional power to the grid or withdrawing the excesses restores the balance. This method is called Frequency Containment Reserve (FCR). During impending grid instability the grid operator can, for example, withdraw energy from or deliver energy to a battery. The grid operator offers a compensation to those who make their batteries available for this purpose. The Battery Box is highly suitable for FCR since it can both withdraw and dispense energy.

Solar fields occasionally generate more energy than the grid can handle. This problem is called grid congestion, comparable to a traffic jam on the grid. To solve this the grid would need to be reinforced, which is an expensive and, more importantly, time-consuming process, which can take anywhere between a few months and multiple years. As such, it’s almost impossible to immediately start generating sustainable energy.

Energy storage can provide the solution in these situations. By storing the generated solar power in batteries it can be delivered to the grid in a controlled manner, spread out across the entire day and night. By slowly feeding the energy to the grid through this method the grid often won’t need to be reinforced.

In order to ensure the continuity of your work activities it might be a good idea to have a backup power supply available. A genset is the most commonly chosen option for this, but an energy storage system such as the Battery Box is worth considering as well, especially if your project location is subject to strict regulations regarding emissions and noise pollution.

An energy storage system can also serve as a UPS (Uninterrupted Power Supply). A backup power system based on a genset often requires some time to start up and provide sufficient power for your entire location. However, in some situations this startup time is unacceptable, as the power supply must continue at all times. The Battery Box can immediately provide power, which makes it highly suitable to serve as a UPS until the genset is able to take over the power supply.

A synchronous grid takeover (SNO) is often carried out when the grid must (temporarily) be shut down for maintenance. During an SNO the transition from the grid to a temporary energy source takes place so smoothly that the end user won’t notice anything. Bredenoord does this on a daily basis, using gensets with a specialized operating system. An SNO can also be carried out with the Battery Box. An additional benefit of the Battery Box is that it operates very quietly (making it highly suitable for projects in residential areas) and that it can both withdraw and dispense energy. During an SNO, solar panels to the grid can sometimes cause problems, when the connected solar panels temporarily deliver more energy to the grid than can be used. However, when using energy storage systems this excess energy can be stored and put to good use later on.

The possibilities of energy storage within your project

Energy storage is incredibly versatile and can be put to use for a wide array of both existing and new applications. Bredenoord’s energy storage system, the Battery Box, can store energy from virtually any source and can be connected up to multiple mWs. This energy can then, fully quietly and without local emission, be used for peakshaving, SNO, FCR and backup power, as the main power supply or as part of a hybrid energy solution, among other uses.

Would you like to discuss the possibilities of energy storage systems for your project? Bredenoord’s experts will gladly elaborate on these and draw up a custom energy advice. Feel free to contact us.