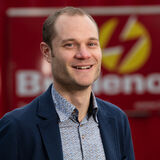 The container of the Big Battery Box is isolated so well that the installation can fast charge even at a temperature of -25°C at various locations.

For a test in Norway a client sought mobile energy for variable locations without amenities. A stable and reliable charging process during extremely low temperatures was an essential requirement. Due to the wishes and consumption profile of the client the 600 kWh Big Battery Box was chosen, which would be put to the test through temperatures of -25°C or lower.

Norway is one of the frontrunners in the usage of energy storage and batteries. As of the beginning of 2019 electric cars make up half of the total amount of cars sold in Norway. For this client the usage of sustainable battery technology thereby provided added value. The trailer and the Big Battery Box were specifically equipped for the wintery circumstances, with arctic liquids and fuels that could easily withstand temperatures from -20°C to -30°C. Additional attention was paid to the temperature regulation of the Big Battery Box itself. The temperature of the Li-ion batteries must be as constant as possible for optimal performance. During the usage in Norway the Big Battery Box proved to have a high isolating value and the installation could function stably without requiring major adjustments. 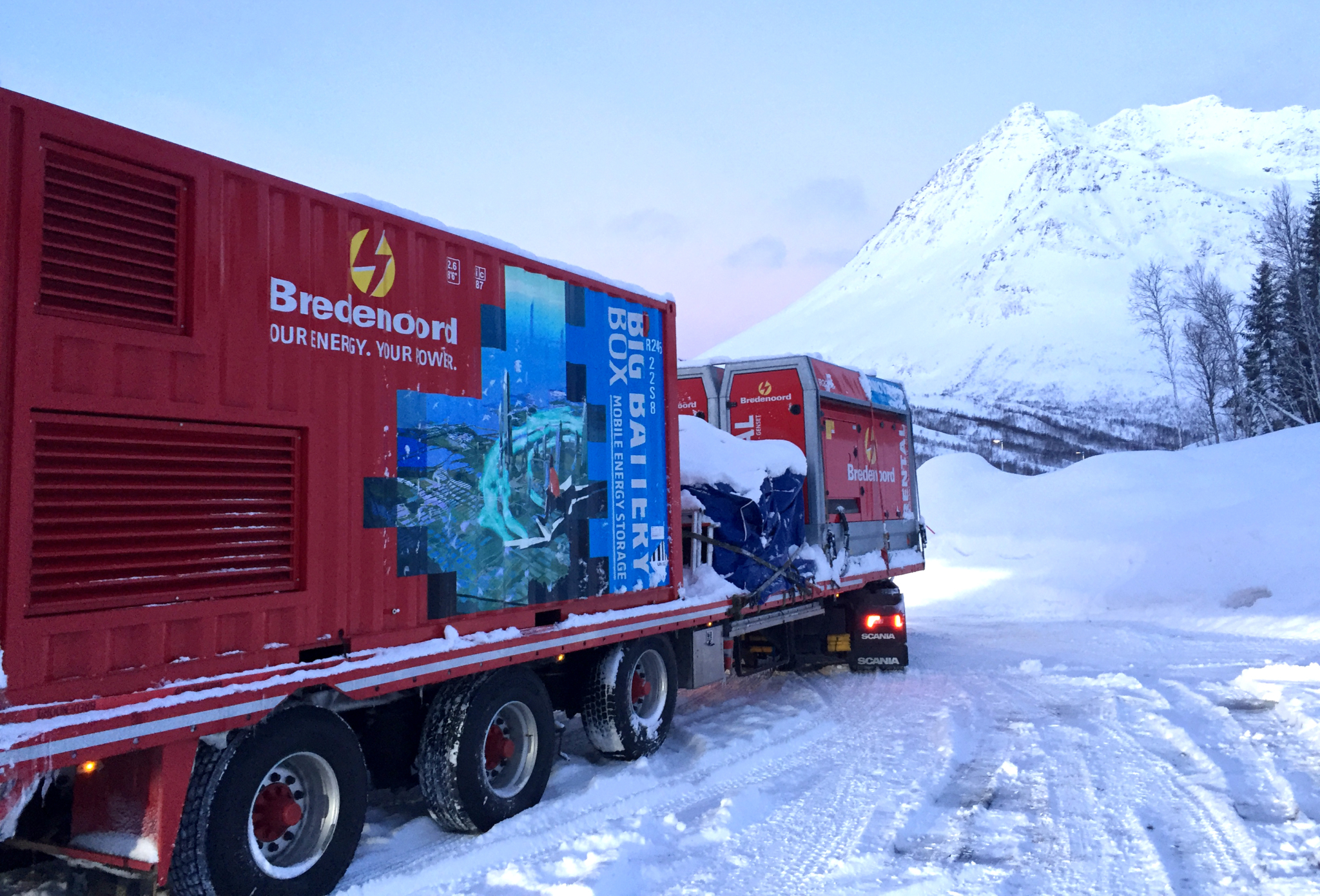 The option to use fast charging was of great importance when the Big Battery Box was chosen for this test. Because of this the test could continue without interruption on varying locations, which were often chosen on the day itself. The specifically equipped Bredenoord-trailer allowed the Big Battery Box to quickly be delivered at the right places, where it was immediately ready for action.

The Big Battery Box is currently the only battery of this size with this option. The fact that both driver and mechanic were experienced with wintery circumstances was of added value, considering the snowstorms.

The usage of energy storage instead of gensets came with another benefit: the battery charges equipment soundlessly and without emission. Through the combination of weather-resistance, mobility and its large spectrum of uses the Big Battery Box made this test a success.